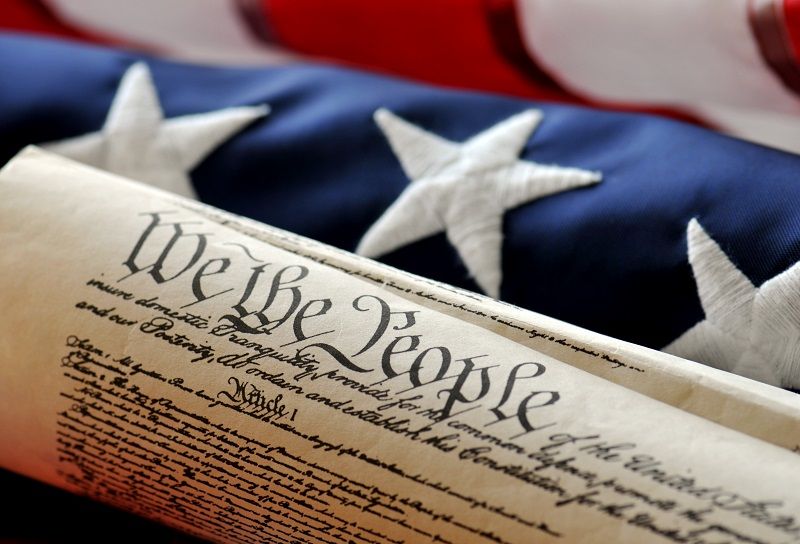 The United States is the greatest country on earth. What makes it great is the form of government established by our founding fathers through the adoption of our Constitution.

For most of human history, governments had been free to do what they wished to citizens, who were treated as subjects. But the U.S. Constitution took a completely different approach—it limited what government could do.

The things that the government was allowed to do were done with the consent of the governed.

Those limitations have created the ideal conditions for the human spirit to thrive so we can all achieve the American Dream.

Citizens’ rights, as spelled out in the Constitution and the Bill of Rights, have been under constant attack for decades now. One of the reasons this has been allowed to happen is because people no longer have the same understanding that they used to about where their rights come from and what they are.

A common misperception is that rights come from the government. They do not. Our nation’s founders understood that people are inherently free. Freedom is the natural state of human beings. More importantly, anything that a government gives, it can also take away.

You will sometimes hear people describe things like medical care as a right. This is also a misunderstanding of what rights actually are.

Nothing can be a right if it involves the use of somebody else’s labor. One free person can’t be forced to do work for another free person.

Perhaps you’ve noticed that as our rights are eroded, our prosperity has become undermined. This is no coincidence. A free people shouldn’t have to beg to be permitted by the government to exercise their liberty. But we’re finding that this is happening more and more.

Throughout my life, I’ve been a staunch defender of the right of every American to life, liberty and the pursuit of happiness, as our founding fathers intended. For far too long, I’ve watched as bureaucrats in Salem have eroded those rights over time with government overreach. Southern Oregon residents now face all kinds of regulatory hurdles and barriers when trying to engage in economic activity to support their families.

We need more Constitutional conservatives representing us in the Oregon Legislature, and that’s why I’m running for Senate District 2. I’m running to protect and preserve your rights, including those granted under the Second Amendment, and to limit the state government’s ability to infringe on your freedom. I will defend your property rights and work tirelessly to carry out the vision of this nation’s founding fathers.