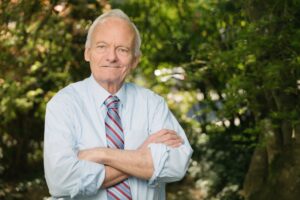 You deserve a strong Conservative leader standing up for you in Salem, to protect your liberties.

Art Robinson is a longtime Southern Oregon resident and Constitutional conservative. He has spent decades standing up to radical environmentalists who continue to threaten our most vital industries like logging, ranching, farming and mining. Art will stand firm to protect the Second Amendment, property rights and individual liberties as your new State Senator.

Robinson earned his bachelor’s degree in chemistry from the California Institute of Technology and went on to earn a PhD in chemistry from the University of California-San Diego. He served as an assistant professor at UC San Diego and as a research assistant at Stanford University before becoming the president, research director and co-founder of the Linus Pauling Institute of Science and Medicine. Since 1980, he has been the president and research director of the Oregon Institute of Science and Medicine. Art is also the writer and president of the Access to Energy newsletter.

From 2013-14, Art was the chairman of the Oregon Republican Party. He was the Republican nominee for Oregon’s 4th Congressional District in 2010, 2012, 2014, 2016 and 2018 and has grassroots support from conservative activists all throughout the state.

Art and his late wife Laurelee had six children, three of whom have PhDs in areas such as nuclear engineering and chemistry. Two of their children are Doctors of Veterinary Medicine and another has a master’s degree in nuclear engineering.

The Robinson family has successfully marketed a K-12 education curriculum that has been used for homeschooling and as a public school supplement for over 100,000 students. Art lives outside of Cave Junction, where he continues his work in science and defending your freedom and liberty.